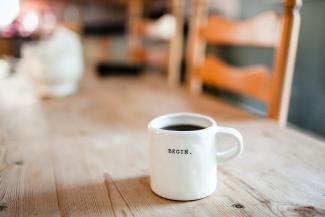 I’ve written in a few other blogs, that I think your career is your greatest asset. It got me wondering about my own career. How did I get here? What worked and what would I like a do-over on?

Having worked now for 20 years I am reflective on the best advice I was given. I’d like to write about that today and cover the mistakes in a future blog.

In 1995 I landed a job at Prudential Securities in New York City. I was a sales assistant on the institutional equity sales desk. I sat in the middle of a large trading floor, at least as big as a football field, with more than 200 other people. You had folks with varying goals, motivations, and career aspirations. I’ve always been competitive and I wanted to get promoted. Move up from a sales assistant to a salesperson.

The salesman I worked for was a great guy. Generous with his time and knowledge. The best advice he gave me was “You have to be known for something”. (It was assumed that it was something positive. Don’t be the person who over indulges at the holiday party and starts dirty dancing. Seen it-  Yikes!)

To rise above the crowd I had to be known for something. Find a way to separate myself from my equally competitive peers. The salesperson seats were limited and the upside once you got a sales job was tremendous. This was Wall Street in the mid 90s- opportunities to double and triple your income each year.

Institutional Equity salespeople did lots of different things, but when you boiled it down, our job was to get the mutual funds, hedges funds, and banks we covered to place trades with our trading desk. One thing that was becoming valuable was corporate access, getting senior level management of the companies to visit our clients.  Our clients were paying for this by placing trades.

One trick the salesperson I assisted taught me was to “poach” companies from competitor’s conferences.  When our competitors were hosting a conference in NY, contact the presenting companies and see if they would go visit our clients while in town. I didn't know it right away, but this is what I would become known for.

I was shown one place where I could find schedules, but after a few months I had discovered several sources. In addition to my normal daily duties, I developed a routine of searching for conference agendas, cross referencing with our client’s holdings lists, contacting presenters, following up, and thanking after the meetings.  (Email and the internet were just getting going, so there was more leg work then it sounds!)

There was nothing magic about what I was doing. This was more of an elbow grease task, but it still helped me get ahead. I think they biggest reason was that it was value added. The company executives wanted the chance to tell their stories in hopes to garner more investment dollars. Our clients wanted access to CEOs and CFOs, but didn’t have the time to chase them down. And if our clients decided to buy more share (or sell) they would often do it with our trading desk. This helped the salesperson I worked for and made me more valuable to him.

Setting up company meetings also got me exposure. At times we were so successful that we ended up being double booked.   Since the salesman couldn’t be in two places at once, I got to escort the executives to our client’s offices. I got face time with important clients and was able to build better relationships. Later on when a sales opportunity opened up, client endorsements were instrumental in separating me from the herd.

New York was a great market for “poaching”. Multiple conferences were happening on a weekly basis.  This routine I crafted was repeatable. I failed more often then I succeeded, but since there were so many chances I was still able to get results. I enjoyed the success that I had and was determined to achieve more.

All the opportunities also gave me practice. I became an expert at doing this. In Outliers, Malcolm Galdwell talks about practicing 10,000 hours to become truly expert. I didn’t quiet hit that bogey, but I became very good. Other assistants would see the success I was having and try to copy me. They wouldn’t be able to generate leads or be able to make all the calls while still handling all the typical aspects of the job. Things would fall through the cracks and they would move on to some other task.

Remember you don’t need to be splitting atoms.  Your thing could be very basic. Look for ways to add value. Try to find something that raises your exposure with customers and/or internal management.  Then practice you craft, stick with it, and become an expert. Be great.

I did get the promotion. I was handed a group of orphaned accounts that were trading very little with our company. In my new role I focused on the accounts with the most assets.  They threw up more roadblocks, but if I could get it right the upside was great.  As a sales person, I didn’t give up my practice of poaching.  One big account continued to ignore me and finally said as a throw away comment “if you want to get in here, get us a meeting with company A*”.

Sometimes it is better to be lucky than good. I had just seen company A on a schedule. I arranged a meeting in 15 minutes. They were impressed. Once my foot was in the door things ramped quickly. This account went from trading less than $20,000 a year to doing over a $1mil annually in just a few years. It became my main account and put me on the fast track with my company.

It is not all rosey. This fast track no doubt lead me to my biggest career mistakes.  But that is for the next blog….

*company A is not its real name.