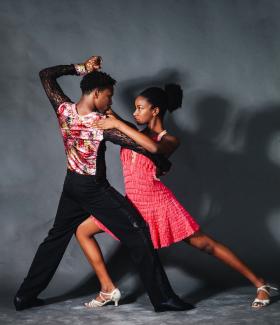 Rumba – One Step Forward, Two Back

There is no right or wrong career path. We all just have our own path. It is unreasonable to assume every move will be perfect.

A few weeks ago I wrote about some good career advice that helped me get launched. Today I would like to talk about some of the mistakes I made.

I worked as an Institutional salesperson in NY in the 90s.  After working for a year and half as a sales assistant I was promoted to a full sales role. I had early success on my own accounts and was partnered on some of the largest accounts at the firm. My responsibilities increased and my income exploded. Everything had been straight up.

A review after my third year in sales was the beginning of my missteps. My manager asked me to be patient. She was working on some things, but due to some tenure and seniority issues my bonus wasn’t going to fully reflect the votes and trades I earned from one of the large accounts. My income was still up nicely year over year, but I was angry. I felt disrespected and decided I would contact a headhunter and start to shop my talents.

I interviewed at several firms over the next few months.  After some more promising opportunities didn’t pan out I bailed anyway. I joined a small startup that was focused on technology.  It was evident early on that I made a mistake.  The talent, capabilities, and opportunities were nowhere near the firm I left. In the next two years the firm almost went out of business, my income was cut in half, and I couldn’t find a new job.

How did this happen? I think hubris was the consistent element that led to me nearly derailing my career. In hindsight here’s what I did wrong:

I started by saying that we all have our own career path. These mistakes are part of mine. I have no idea how my life would be different if I didn’t make this move.

Hopefully you can take comfort in the fact not all your career moves are expected to be perfect. You’ll make mistakes and be just like the rest of us. The important thing is to try to learn from each step.  And remember very few things are unfixable. I did start over with a new company and had my best career years ever.  I made some more changes a few years later and now I own my own business and love my work. I even get to blog!

Everything may not always seem clear, but own your path. The fun is finding out where it leads you.

For more information about managing your money, please visit www.frontporchfinancial.com or call (262) 236-9022.